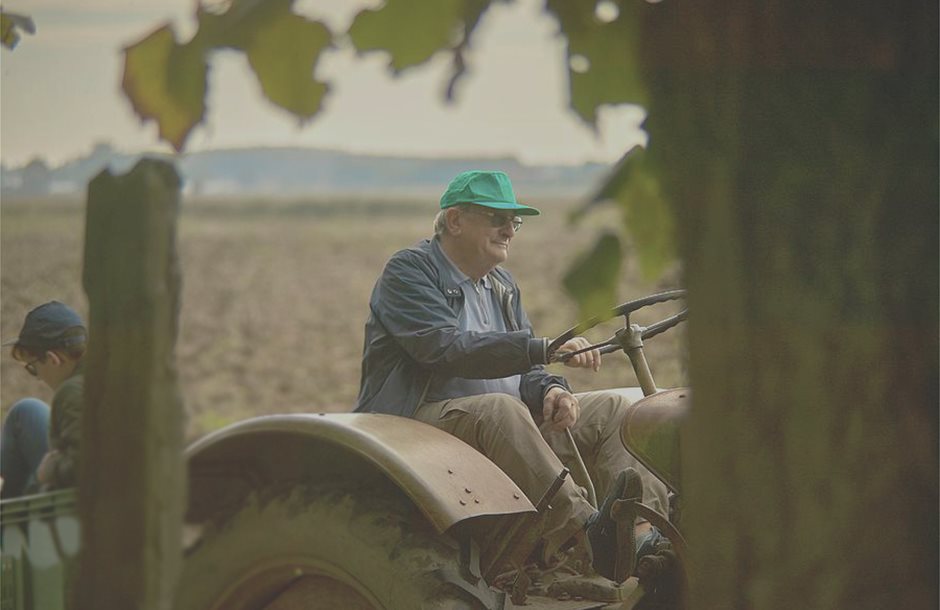 The pension of heteroprofessionals who remain farmers is reduced by 30%

With a 30% reduction in their pension, those from non-agricultural professions who are active in agricultural production and declare income from this activity of more than 10,000 euros are invited to proceed.

On the contrary, the special scheme under which OGA pensioners will continue to receive their pension in full is extended, even if their choice is to continue their productive activity, regardless of the turnover they make each year.

Heteroprofessional farmers, public pensioners, will receive 70% of their fair share of the pension for as long as they continue to be part-time. In fact, those who do not come by May 31 to declare their parallel work face the risk of a fine of 12 pensions. It is noted that for an income of less than 10,000 euros, the self-employed farmers of the State, are subject to the regime applicable to the rest of the farmers and will receive 100% of the pension.

The clarification arises on the occasion of a new efka circular that comes to harmonize the pension regime between the old pensioners (i.e. those who retired before May 2016) and the new pensioners (who retired after May 2016) who are also working. According to it, as of March 1, 2022, the same regime will apply to all retirees with parallel work, regardless of whether they retired before or after May 2016. It is recalled that according to law 4670/2020, for new pensioners, the payment of 70% of the pension is foreseen for as long as they are working, from 40% provided for under law 4387/2016. The same law provided for the adjustment of the pension and the payment of 70% to the old pensioners who are also working at the same time. In fact, a transitional period was granted which expired at the end of February 2022 (in application of the provisions of article 27 of Law 4670/2020 as amended and in force by the provisions of article 78 of Law 4690/2020).

Pensioners of other institutions and the State, provided that their annual income from employment in the agricultural sector as farmers, beekeepers, stockbreeders, poultry farmers and fishermen does not exceed the amount of ten thousand (10,000) euros.

It is emphasized that the following categories of pensioners are excluded from the application of the above provisions, who will continue to receive their entire pension regardless of employment:

A. OGA pensioners, provided that they are employed subject to the insurance of the former OGA.

B. Retired mentally ill persons of article 23 of law Regulation (EC) No 4488/2017 (A’ 176). [mentally ill patients suffering from a disability, which is due to mental illness or mental retardation or sympathology of mental illness and mental retardation, with a percentage of 50% or more, provided that the assumption of paid employment or self-employment is indicated for reasons of psychosocial rehabilitation and social reintegration]

C. Pensioners based on n. 612/1977 (A’ 164) and the provisions referring to it. [old-age due to invalidity in the private sector – severe disabilities such as paraplegia, quadriplegia, etc. who receive an old-age pension with 15 years of insurance]

d. Pensioners of the fourth paragraph of per. a’ of para. 1 of articles 1 and 26 of P.D. 169/2007 (A’ 210). [old-age due to invalidity of the public sector (civil and military employees) – severe disabilities such as quadriplegia paraplegia etc. who receive an old-age pension with 15 years of insurance]

F. Large families, of which at least one of the children is a minor or is studying in higher or higher schools and until the completion of the twenty-fourth (24th) year of age or is incapable of any gainful employment.

G. The persons mentioned in para. 3 of Article 4 of Law Regulation (EC) No 4387/2016 (A’ 85). [those who receive a pension from the Ministry of Environment, Energy and Climate Change, honorary, due to death/disability due to the service, etc.]

the. Pensioners of other institutions and the State, provided that their annual income from employment in the agricultural sector as farmers, beekeepers, stockbreeders, poultry farmers and fishermen does not exceed the amount of ten thousand (10,000) euros.

It is reminded that only the old pensioners who work at the same time and have not yet declared it to EFKA, are invited to do so by coming to the competent services of the Organization and for their convenience they are given this possibility until May 31st. It is possible to set an electronic appointment through the single service number 1555. It should be noted that pensioners who had already declared their employment are not required to declare it again.

For pensioners who have already declared their parallel employment, the adjustment of their pension will be seen for the first time in the April pension payments (end of March).